(RNS) — During a time of global despair brought on by pandemic, one grinning man charmed millions with his exuberant performance of a Punjabi folk dance set against majestic Yukon backdrops.

Gurdeep Pandher, a Sikh-Punjabi Canadian, first went viral in 2016 when he shared a video of himself dancing Bhangra for Canada Day. “I just posted the video on my social media to show to my friends, but around 300,000 people watched it,” said Pandher. “That was the first time I experienced the shock and surprise of social media magic.”

Since then, Pandher, who lives in a remote cabin in the Yukon, has become an international YouTube sensation. He views the dance videos as a way to spread positivity and cross-cultural understanding — a calling he’s especially taken seriously since March 2020. A March 2, 2021, video of Pandher, with his signature animated grin, dancing on a frozen lake after getting his first dose of the COVID vaccine has more than 3 million views on Twitter. Collectively, his videos have been watched more than 50 million times. In September, he was featured on YouTube billboards across Canada that read, “Taught people to dance. Moved the whole country.”

Pandher is also a published author, dance instructor and former IT specialist. He spoke with Religion News Service about his Sikh faith, love of Bhangra and desire to bring joy to all humanity.

This interview has been edited for length and clarity.

Tell me about your childhood in Punjab. What are some of your most significant early memories? 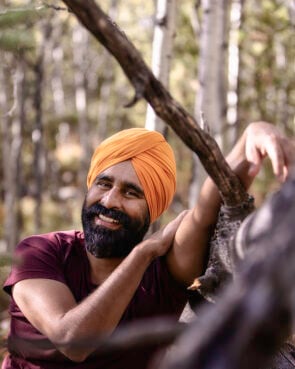 I was born in a farming village called Siahar in Punjab. My family has been doing farming for many, many generations. I have memories of running in the village streets, and in barns of wheat, rice or sugar cane. It was a very sweet time, being away from the modern lifestyle with all those materials or technologies. These days, although I live in Canada, I’m still pursuing a lifestyle that was inspired by my childhood. Right now, I live in a cabin in the wilderness of the Yukon without running water. Although I have electricity and internet, I still do not have very many facilities which we normally have in a household.

It’s a Punjabi traditional folk dance created by farmers a long time ago, when farming was manual. Some farmers came up with an idea that if they could do their farming tasks in a more rhythmic way, it could be joyful and positive, because their work was very tiring. For example, there’s a move for sowing seeds in the land. People started doing this with a dhol drum and started creating more moves, all inspired by different farming activities, like crops swaying with wind. Nowadays it has become a very popular dance. After harvesting crops, farmers dance Bhangra to celebrate. It’s also in music videos and movies, and a lot of people take Bhangra lessons to get a good workout.

Is Bhangra connected to Sikhism?

People dance Bhangra at the Vaisakhi festival because it happens right after harvesting time. Vaisakhi does have a connection with the Sikh faith. In 1699, Sikhism was in danger. Our 10th guru, Guru Gobind Singh, decided to prevent mass religious conversions. He created Khalsa, a martial wing of Sikhism. People learned martial arts and were required to carry swords. On that day in April, Khalsa was created to defend the nation and protect people from forced religious conversions. That’s the religious significance of Vaisakhi. So Bhangra is more connected with Sikh culture and folklore, but isn’t directly related to Sikhism as a religion.

When did you first learn the Bhangra?

I’ve been dancing it since my childhood, but when I was a teenager I also went to a professional coach to advance my Bhangra skills. When I was living in Squamish, a little town close to Vancouver, I joined classes on tap dancing and ballet dancing. Although I didn’t become a great tap dancer or a great ballet dancer, I did end up performing these two dances on stage in front of an audience.

How did you end up in the Yukon?

In the year 2011, I became a Canadian citizen. I decided to travel across Canada to learn about this country and to educate myself about its different cultures. When I came to the Yukon, I instantly fell in love with the land, the natural beauty of this side of country where you have vast open land and amazing wilderness. Only 40,000 people live in the Yukon. It’s like my village where I grew up, the sense of community here. It felt like home to me, so I decided to stay. Now, it’s been 10 years. 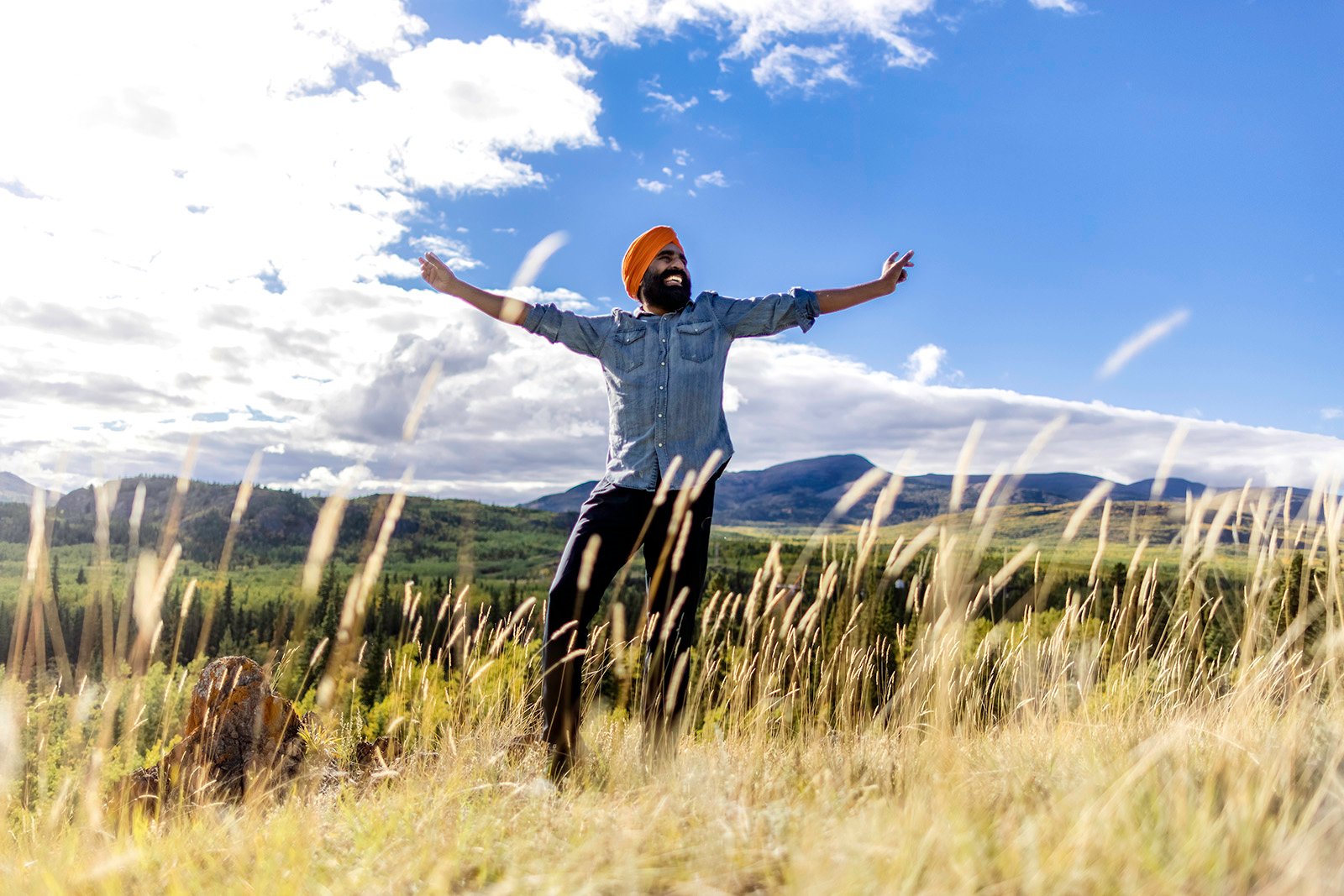 Why did you decide to share videos of yourself dancing Bhangra during COVID?

Since the beginning of the pandemic, I’ve been making videos just to spread positivity, joy, happiness and hope. And it’s working. A lot of people who have been going through different kinds of mental health crises, they wrote me that they watch my videos every day to feel good. I started feeling that the work I’ve been doing to make these videos, it’s not just entertainment. It’s more like a social service, helping people when they are going through challenging, dark and depressing times. I’m honored to bring joy to the hearts and souls of people through my videos.

What does your faith have to do with these videos? Does it inspire your work in any way?

In Sikhism, there’s a very important philosophy called the philosophy of Chardi Kala. Chardi Kala means keeping your spirits high, staying positive and optimistic even if you’re going through really challenging times. So when I dance Bhangra, I keep that spirit of Chardi Kala and transmit that spirit through my videos.

How has dancing the Bhangra allowed you to build cross-cultural relations?

I made a video with the mayor of Whitehouse, teaching him how to wear a Sikh turban and how to dance Bhangra. I’ve danced the Bhangra to the beat of my neighbor’s Scottish bagpipes, and I also made a video with the First Nation chief from Old Crow, called Vuntut Gwitchin — First Nation (is) a very northern community in the Yukon. It doesn’t matter where we come from. I think it’s very important to remind people again and again about the importance of treating everybody as a fellow human.

What’s something you would like our readers to know about Sikhism, that they may not know already?

I find that people do not know much about Sikhism. When 9/11 happened in the U.S., a lot of people practicing Sikhism were targeted because they were wearing turbans. I would like people just to educate themselves about this faith. Sikhism is about love, harmony, peace and helping people. Sikhism is all about recognizing the human race as one. There’s an emphasis on equality in Sikhism — gender equality, social equality, economic equality, treating everybody the same. I would like people to learn more about this side of the faith.

Worlwide Fashion
We use cookies on our website to give you the most relevant experience by remembering your preferences and repeat visits. By clicking “Accept All”, you consent to the use of ALL the cookies. However, you may visit "Cookie Settings" to provide a controlled consent.
Cookie SettingsAccept All
Manage consent