When you combine modern photography gear, even at the entry-level, with today’s post-production software, it has never been easier for people to get high-quality images. The days of perfectly matching time, elements, and light are essentially done.

Though the list is quite exhaustive, I want to offer three major reasons why most of the skills photographers once held close, and sometimes secret, have become essentially obsolete.

The first is gear. The advancements of camera gear over the last two decades have taken the results and image qualities of amateur and pro photographers alike to levels that were once perhaps unimaginable. With regards to many of today’s bodies, you have things such as:

The list could go on, but you get the drift. Modern camera bodies are equipped with so many phenomenal features. I use the Canon EOS R5, and I am still amazed more than a year after receiving it by just how good it is compared to my previous cameras.

And that’s before we even get to lenses. In today’s market, we have the native lenses that pair seamlessly with our maker’s bodies, and we also have so many third-party options, led by the likes of Sigma and Tamron. In short, the quality of the gear today at relatively affordable prices means that even the most inexperienced beginners can feel confident that they’ll get high-quality shots whenever they take their gear out to shoot, regardless of brand- or lens-body combination.

The simple fact is that the capabilities of gear today make photography so easy. Ask yourself this: why is it so hard for people to make any kind of living selling prints these days? It’s because cameras and lenses, including mobile phones, are of such high quality and do so much of the work that if people want to print something, they often don’t need to source prints anywhere else because their images are perfectly sufficient for their needs.

But there’s more to it than just gear. Beyond the outstanding work your camera gear does for you in getting the quality images you desire, when you add the post-production options available, I would almost go as far as to say that anyone can get high-quality images that they can confidently print and put up on a wall or send off to websites or magazines for publication.

It’s a big assertion, I know. And I also know that many of you will heartily disagree with me. Thus, I want to use an example to show you what I mean. My premise is that when you combine today’s gear with today’s software, good photography has almost become foolproof.

The first part is to shoot far wider than you need to. In the photo below, I shot far too wide for this article to introduce one point that makes modern photography so easy: cropping options. Due to the sensor resolutions in many modern cameras, if you shoot wide enough and capture more of the scene than you think you might need, you can pretty much crop into whatever composition your heart desires and still get more than enough to work with for printing.

I shot the image below with my Canon EOS R5, knowing, firstly, that the autofocus would do its job and also that I could crop in very tightly and still have plenty to work with because of the 45-megapixel sensor on the R5.

Once I got back home, I played around with a few different compositions and placed the subject in different parts of the frame, until I came up with something I was happy with. I intended to show enough of the wave behind the surfer to intimate he could have gone the other way, and also to show enough of the black vest, as I work a lot with that particular wetsuit brand. Importantly, you can see how much leeway I had and how much room I had to work with.

However, as you can see above, cropping in so tightly only left me with 4.4 megapixels to work with. No problem. As most of us know, due to recent AI developments, that is no longer an issue. I simply right-clicked on the new crop, selected Enhance, and within a few seconds, I had a new image to work that was 17 megapixels — more than enough to print large or send off for publication in pamphlets. 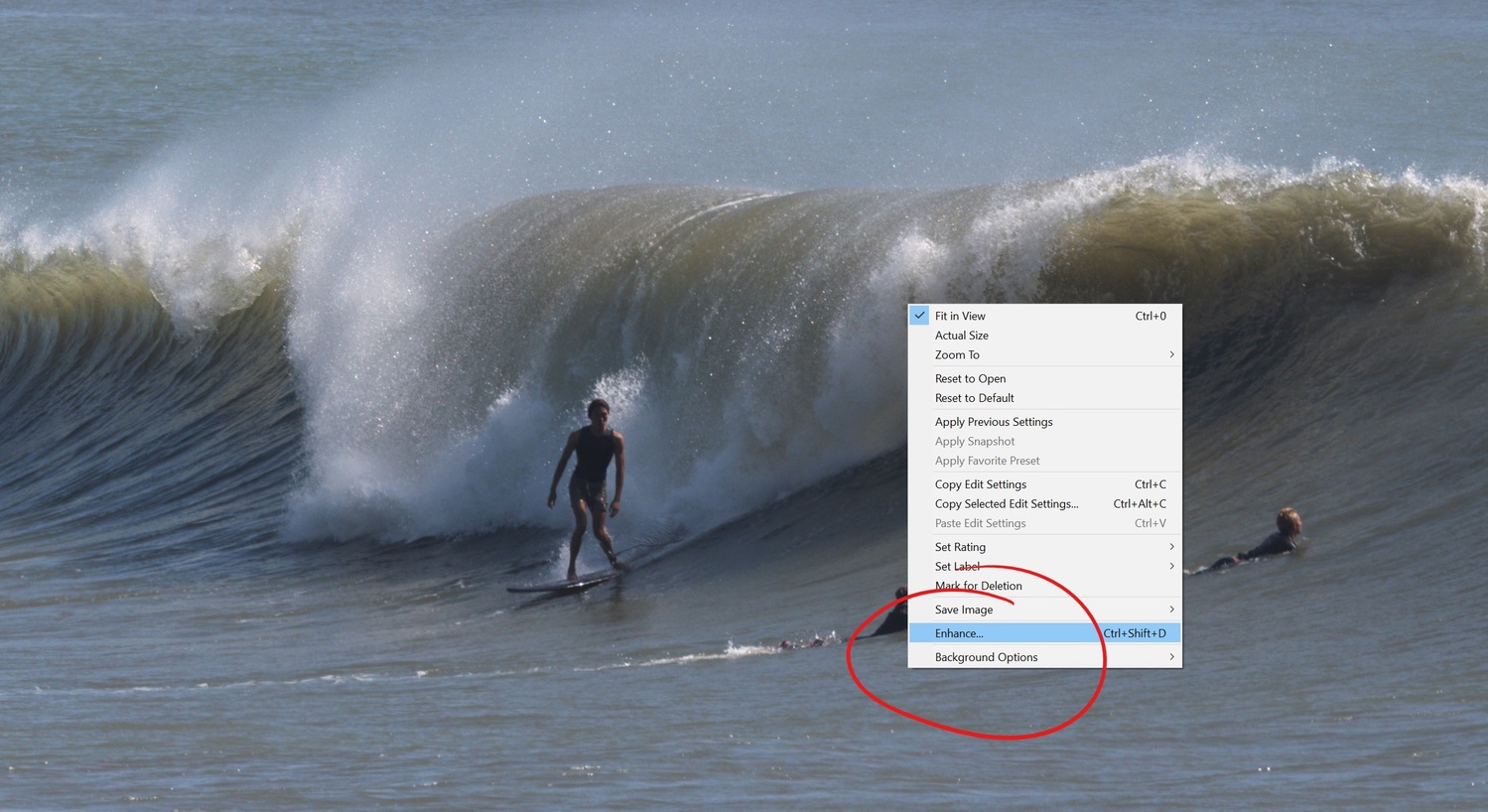 In this example, I used Adobe’s native Super Resolution feature, but you could also use other software, such as Topaz Gigapixel or whatever else is on the market. The salient takeaway is that as long as you shoot wide enough to get more of the scene in the frame than you need, you can use the crop function to get pretty much any type of composition you like and then increase the resolution and megapixel count later without losing any quality.

And if you need to print to a specifically sized paper, Photoshop’s Crop Tool even has many of those templates available for you as well. 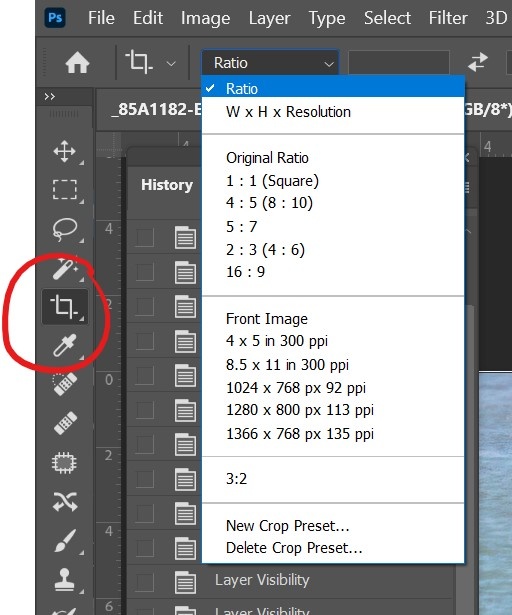 When you do crop in so tightly, one issue you might not have immediately noticed is noise, or how soft your image might be. Such imperfections tend to be exacerbated with extremely tight crops. Again, thanks to modern technological advancements, there are no problems in dealing with such inconveniences.

Let’s start with noise first. As you can see in the image below, there is enough noise there that it needs attention. I use Topaz DeNoise AI or Nik Collection’s Dfine2. Photoshop and Lightroom both have their noise reduction functions also. 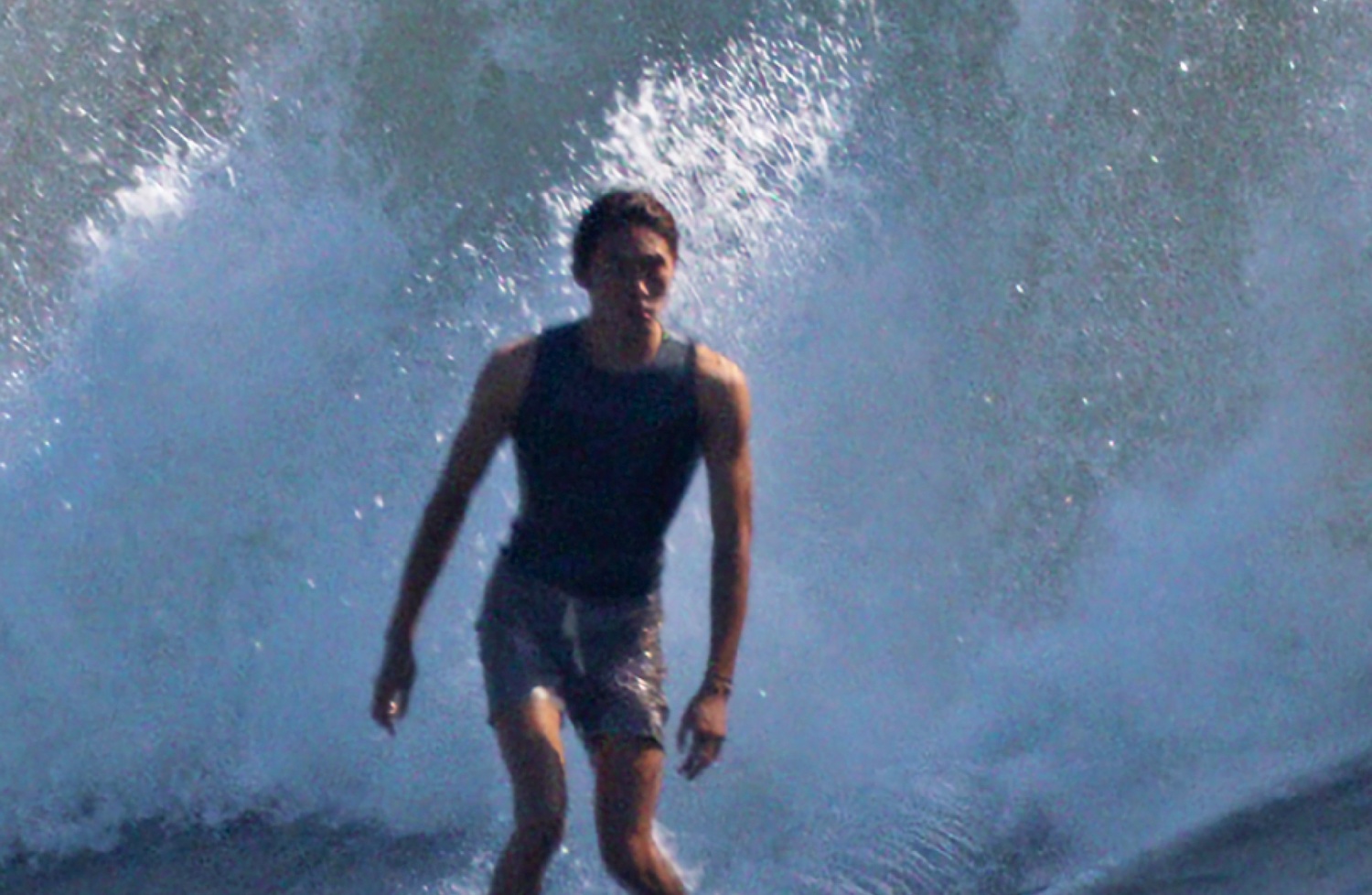 Once I get the image into Topaz DeNoise, then I can do some side-by-side or setting-to-setting comparisons and play around with the different options to dial in what I like. 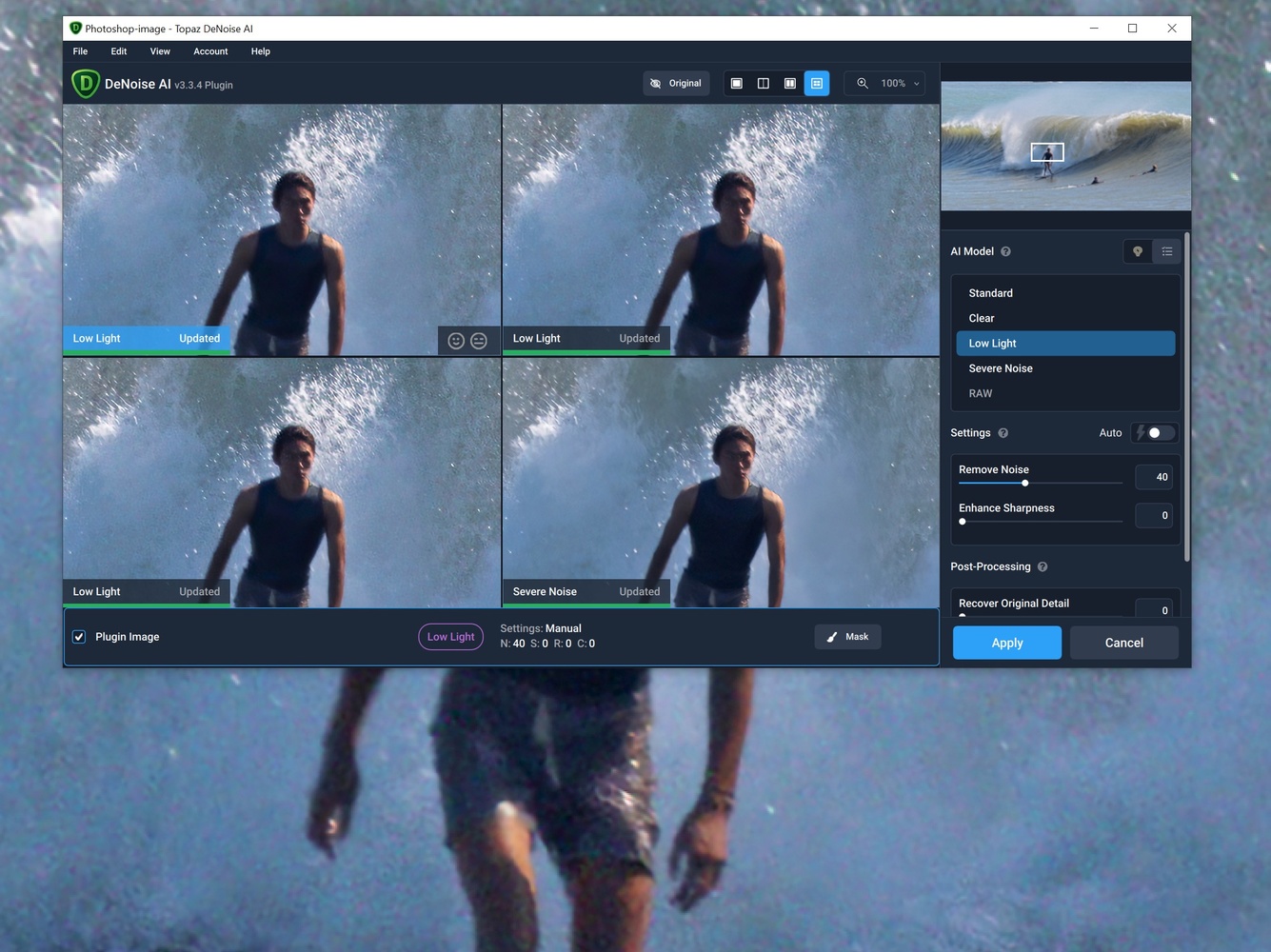 The most important part to be mindful of here is that all of this takes place with the click of a few buttons and barely takes more than a minute. As you can see below, the result is very good. 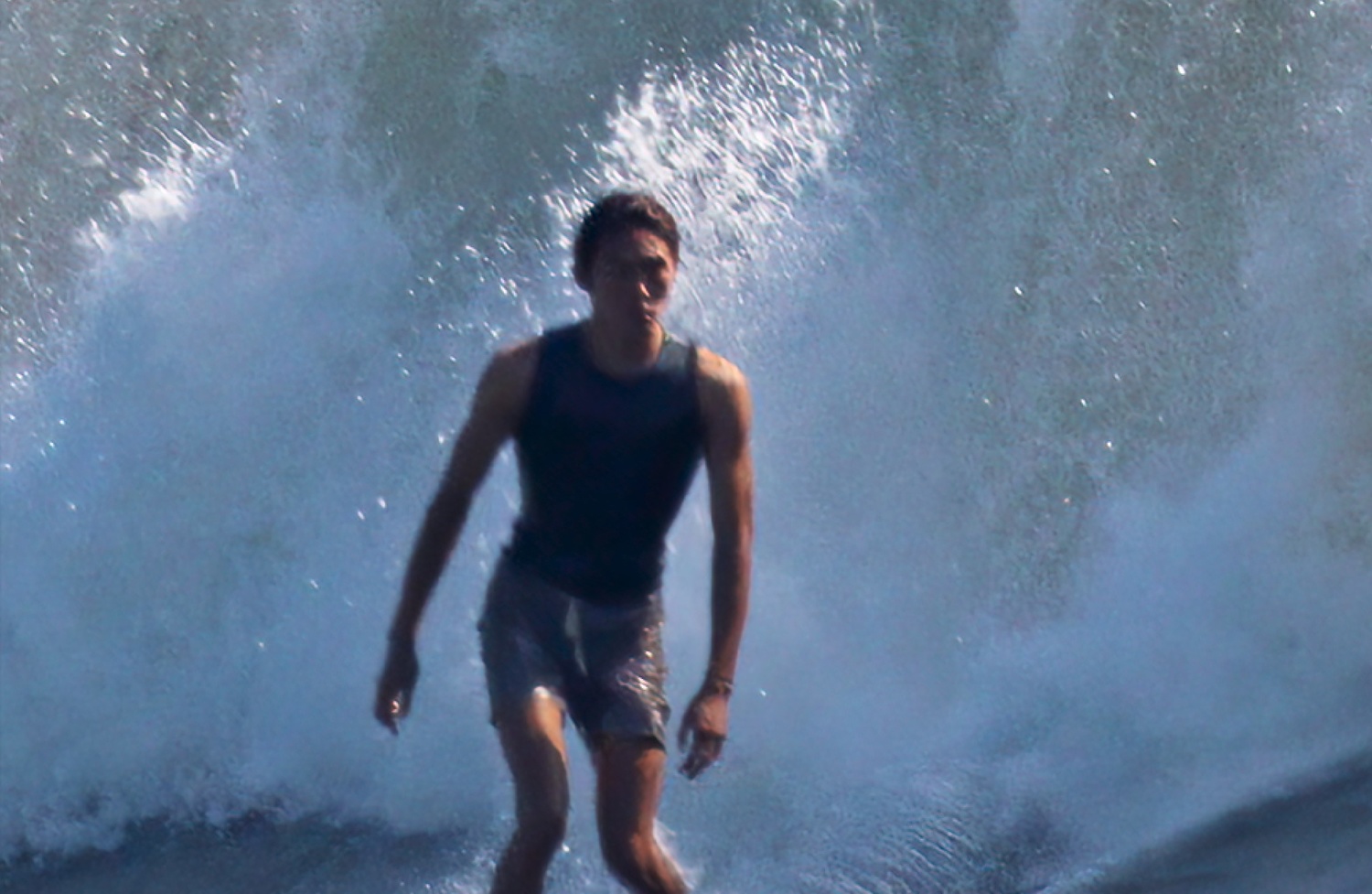 After that, I like to do some minor edits to color, always staying mindful of not reintroducing noise or digital artifacts. With modern software, there are so many options that make your workflow incredibly fast. There is something for everyone’s taste and I feel that with the options out there, there’s no need to do everything yourself from scratch.

Even within Photoshop, there are numerous one-click actions to get your edits started. Just click Ctrl + F (Windows) to bring up the Discover dialog box, and away you go. 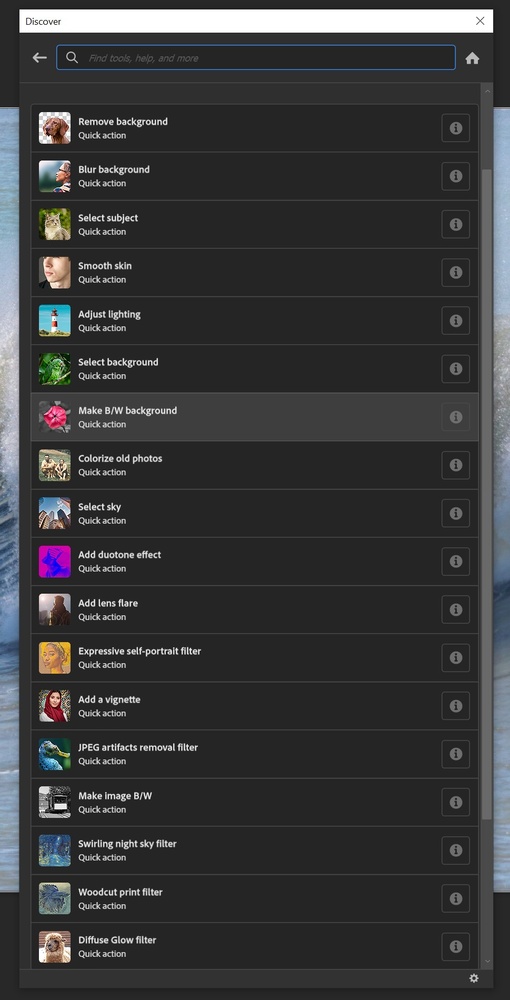 I like to work with tones, so that’s where I start. Again, it’s a one-click thing for me that takes zero effort. Once I get the tones from dark to light in front of me, then I can quickly decide what I want to work on. 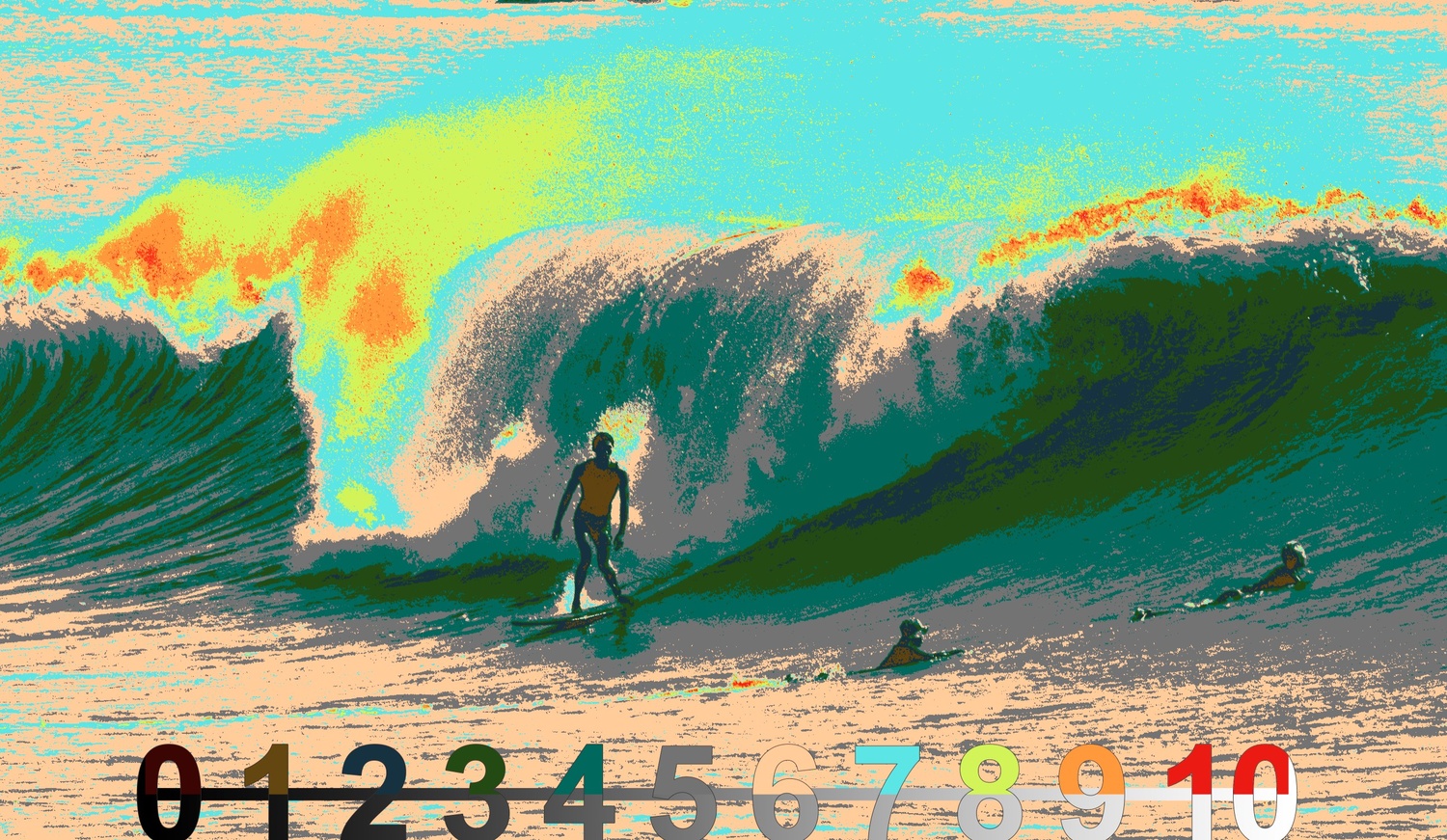 With two clicks, I was able to get the color and light much closer to what I wanted. 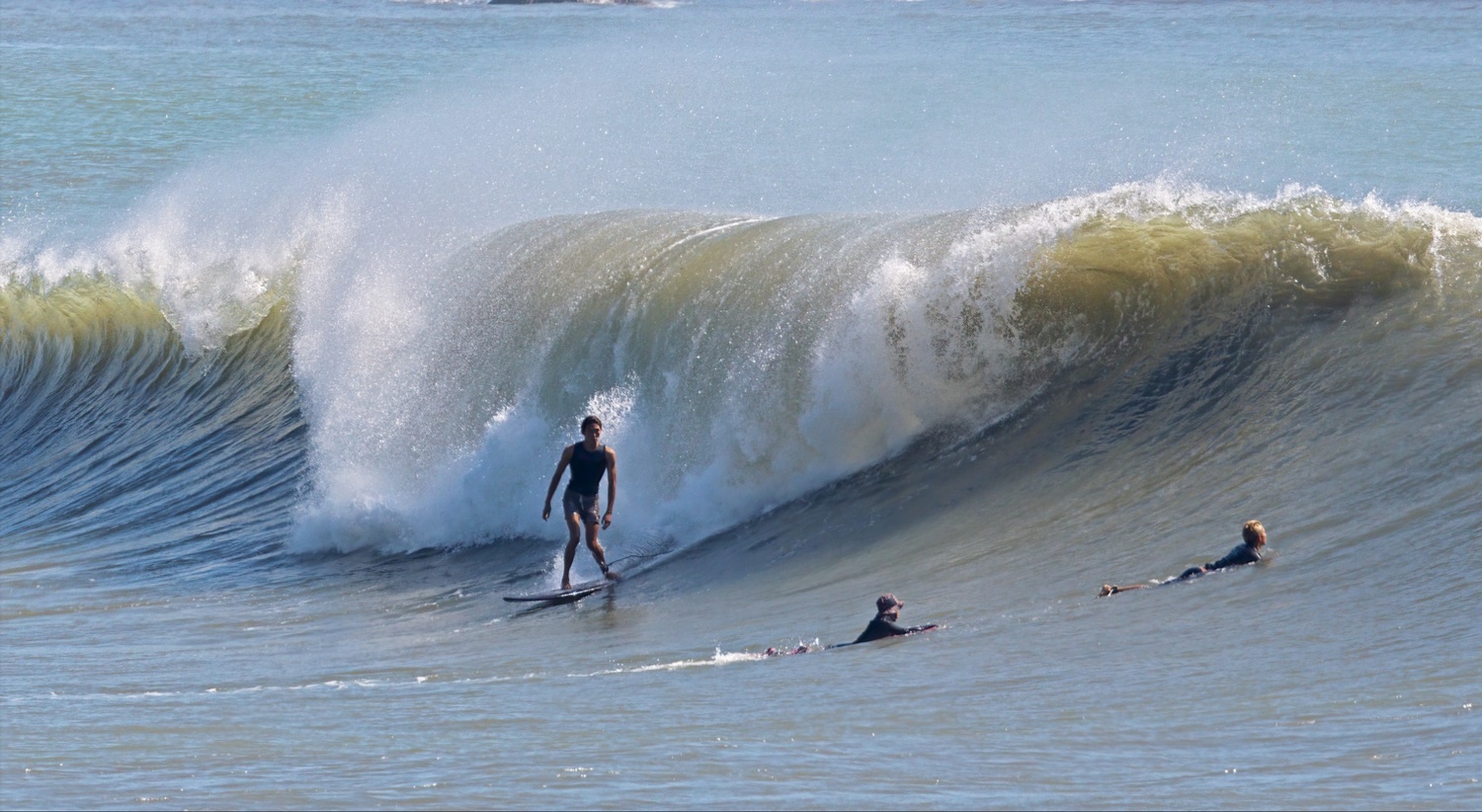 Then, using the Content-Aware Tool, I was able to remove the two surfers in less than 30 seconds. You can choose between various other options like the Patch Tool as well. 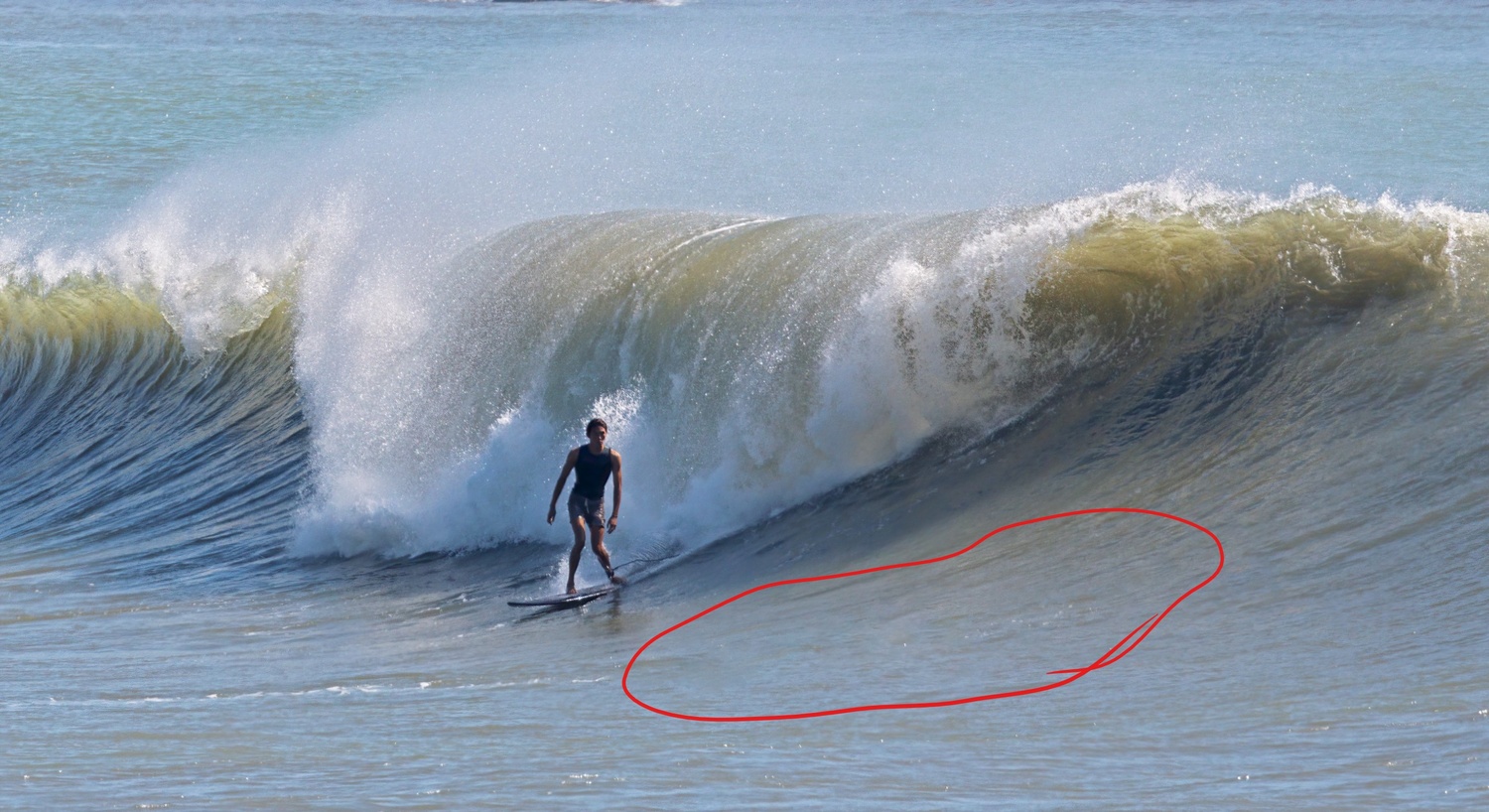 Finally, I wanted to sharpen the image a tad. To do that, you can use so many different methods. In Photoshop, you can use the native sharpen functions or use a High Pass filter. I like to use Topaz Sharpen AI, but Nik Collection’s Sharpener Pro 3 (Output Sharpener) is also a very good option I often utilize. 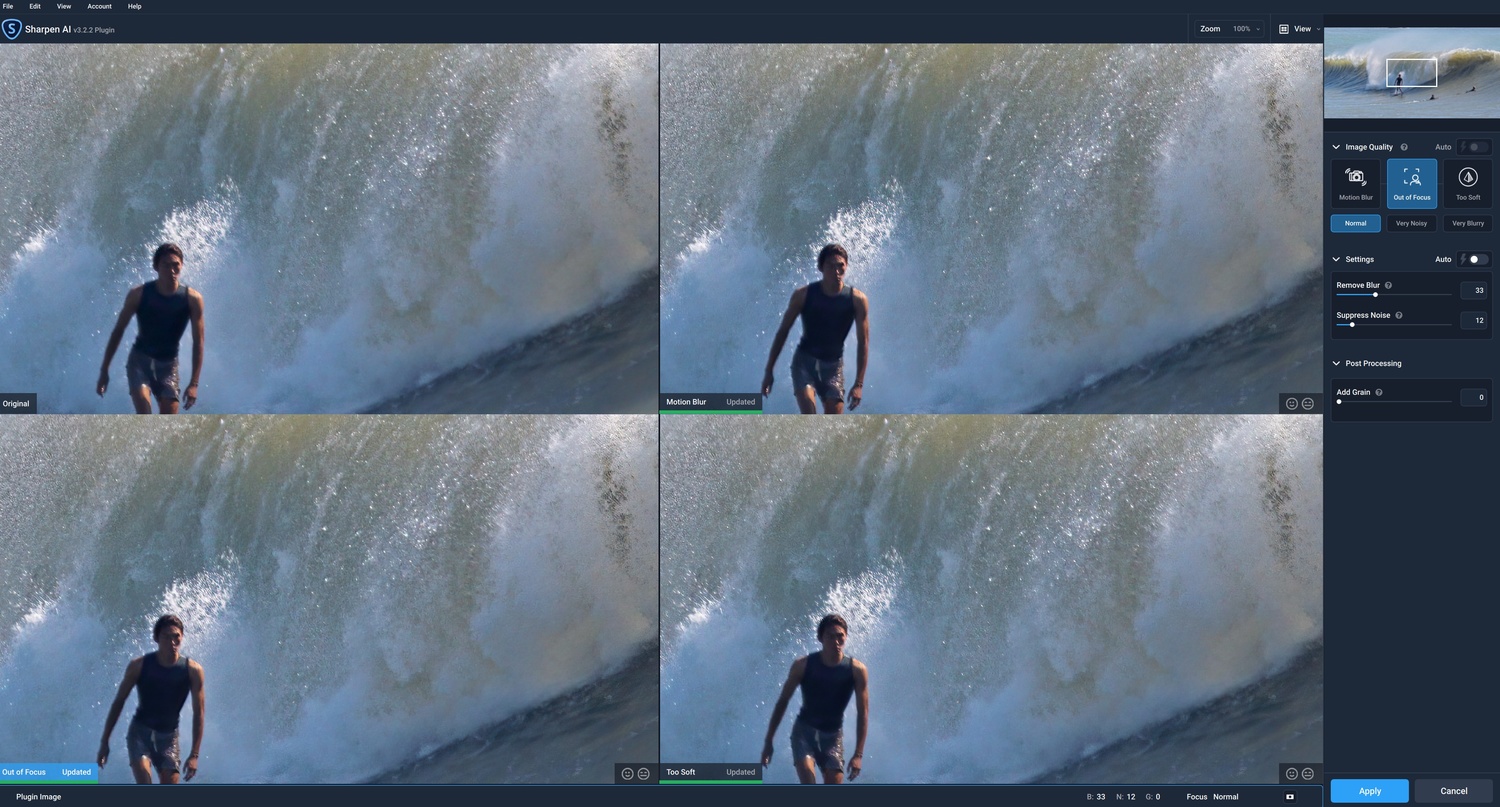 Like the Topaz DeNoise plugin, the Topaz Sharpen software allows you to put different settings side-by-side for comparison. You can tweak the settings on each one until you settle on something you like. Then, of course, you can mask in or out different parts of the frame in Photoshop.

The final image I settled on for use in this article is below. To reiterate, I wanted two main things from this shot: to show enough of the unbroken wave behind the surfer to suggest riding the wave that way was also possible and to show the surfer wearing the new vest from this wetsuit company’s catalog.

The main point is that I could do all of this with a single exposure and about 10 minutes’ editing time. 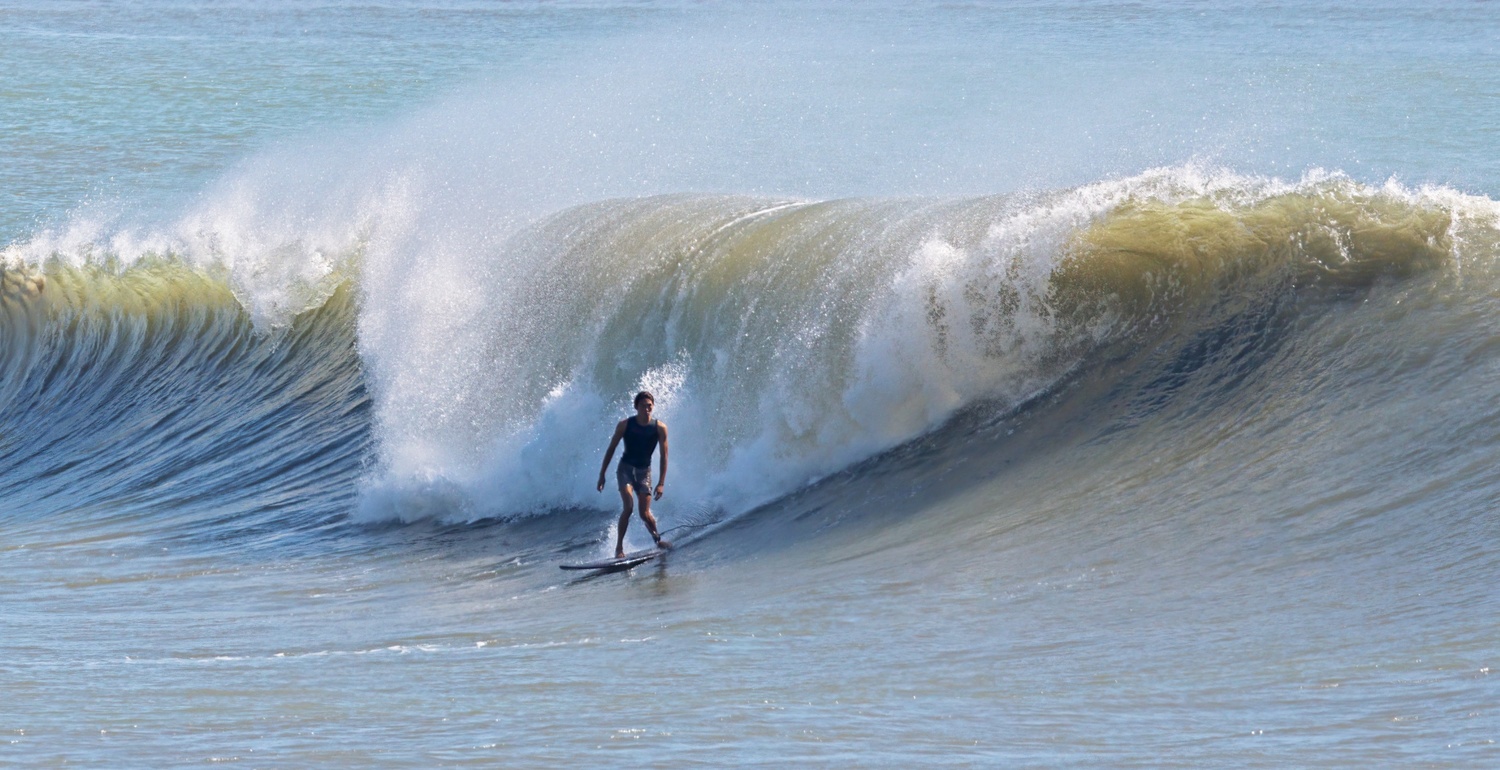 In closing, modern gear, cropping choices for pleasing composition, and the vast software options and features currently available mean that photography these days is becoming almost foolproof. Naturally, there might be a few scenarios where user acumen trumps everything, but those situations are disappearing with every iteration of camera bodies and editing tools.

To be sure, I don’t think this is a good thing, but it is what it is, and we can’t pretend that getting great photos for newer photographers isn’t easier than ever. What are your thoughts?

SEO Backlink
We use cookies on our website to give you the most relevant experience by remembering your preferences and repeat visits. By clicking “Accept All”, you consent to the use of ALL the cookies. However, you may visit "Cookie Settings" to provide a controlled consent.
Cookie SettingsAccept All
Manage consent