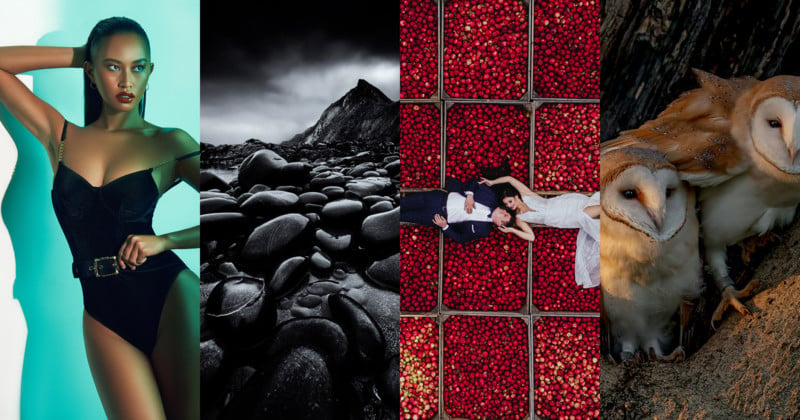 Every day, the PetaPixel Instagram account is sharing excellent photography from our readers and those who inspire us. Here’s a look at some of our recent favorite posts and the photographers behind the lens.

Our @PetaPixel Instagram page has been posting all the great work that finds its way in front of our eyes. Want to see your photos shared on our account? First, you’ll want to follow us. Then use the #petapixel hashtag in your posts to join our Instagram community of photographers. These steps let us easily find what to share.

Below, we recognize a selection of talented photographers who recently had their work featured on @PetaPixel. Keep posting your images with #petapixel and you could find yourself here next week.

Daniel Mosessohn, known as @mosess.portraits on Instagram, is a portrait photographer based in Bucharest, Romania. Mosessohn told PetaPixel that the most important thing in portrait photography is “establishing a connection.” He added that getting to know his subjects allows for him to “bring out the emotions they want to show.”

Tim Demski, or simply @timdemski on Instagram, is a highly-talented wedding photographer based out of Poland. For his wedding photography, Demski prefers working candidly. “I try to create unique photographs without the use of any Photoshop whatsoever,” he said about working on his special projects.

Aleksey Puchkovsky, or @puchkovsky.photo on Instagram, is a studio portrait photographer based in Saint Petersburg, Russia. His portrait work is characterized by the striking use of black-and-white images with dramatic lighting that makes his subjects pop off of the dark backgrounds. Puchkovsky’s work has earned him Top 100 in the Russian Photo Awards and “Best” placement in the 35AWARDS.

Mark Leader is a British fine art photographer and can be found on Instagram as @mark_leader. Leader said that he will “often employ the use of long exposure photography which helps to portray a surreal, dreamy feel to an image.” A fan of the whole photographic process, he enjoys researching locations, planning photos, post-processing creativity, and sharing his work with others.

Tom Broxup is a 33-year-old wildlife photographer from York, North Yorkshire, UK, and can be found on Instagram as @tombroxup_wildlife_uk. Broxup told PetaPixel that he has been “obsessed with wildlife, especially birds” since he was a child and that this calling has “evolved into a passion for capturing images of the amazing creatures that inhabit the UK.”

On this particular photo, he said that it was taken at a nature reserve that he has visited since he was young. “I was aware there was a nesting pair of barn owls in this tree but also knew they were very nocturnal,” Broxup said. “A clear evening following a few days of rain means that the owls will be hungry as they struggle to hunt in the rain due to their feathers not being waterproof.” As an experienced wildlife photographer, Broxup chooses to wait until the first evening or early morning after the rain stops. “In this case, the two young owls came to the edge of the tree hollow to call for the adults to bring them some much-needed food just as the last rays of the day’s sun pushed through the clouds.”

Rutvik Katuri, or @rutvikkaturi on Instagram, is a beauty and fashion photographer with roots in India and the United States and is currently based in New York. His work has been featured in Harpers Bazaar, Cosmopolitan, L’Officiel, and Maxim and has earned him over 50 awards from all the top competitions. This particular photo was from an editorial photoshoot with Amber Abara that ran as the November 2021 cover for STYLÉCRUZE Magazine.

Be sure to follow us on Instagram to see more work from photographers like you and tag photos with #petapixel for them to be considered for a feature.

Image credits: All photographs used with the permission of their respective photographers.

Contractor
We use cookies on our website to give you the most relevant experience by remembering your preferences and repeat visits. By clicking “Accept All”, you consent to the use of ALL the cookies. However, you may visit "Cookie Settings" to provide a controlled consent.
Cookie SettingsAccept All
Manage consent