Can You Predict the Future of Photography?

Some accepted truths about photography proved wrong over the years. Just as beliefs in seemingly unassailable attitudes have been eroded by time, so too will things we believe are correct now. Are my predictions for the future uncomfortable, or will you embrace the changes?

Reading through a book from 1987, A Field Guide to Photographing Birds in Britain and Western Europe by Dr Mike Hill and Gordon Langsbury, it said:

Modern SLR cameras come with a bewildering array of additional features, many of which are of little use to bird photography.

Although that may have been correct 35-years ago, that is now an obsolete opinion.Improvements in exposure, autofocus and tracking, image stabilization, and other technologies have revolutionized bird photography.

Take, for example, Bird AI Subject Detect available in the new OM-1 mirrorless camera. This has been widely hailed as a giant leap forward for bird photographers.There are also societal changes that change how we consider different types of photography. Back in the early 1980s, I remember wildlife photography being considered quaint and sentimental. Although there was a following, a picture of a bird or deer would be regarded as by many fit for a greetings card but not much more. Now, wildlife photography is tied closely with the conservation movement, and the skill required for capturing a good bird image is widely appreciated. 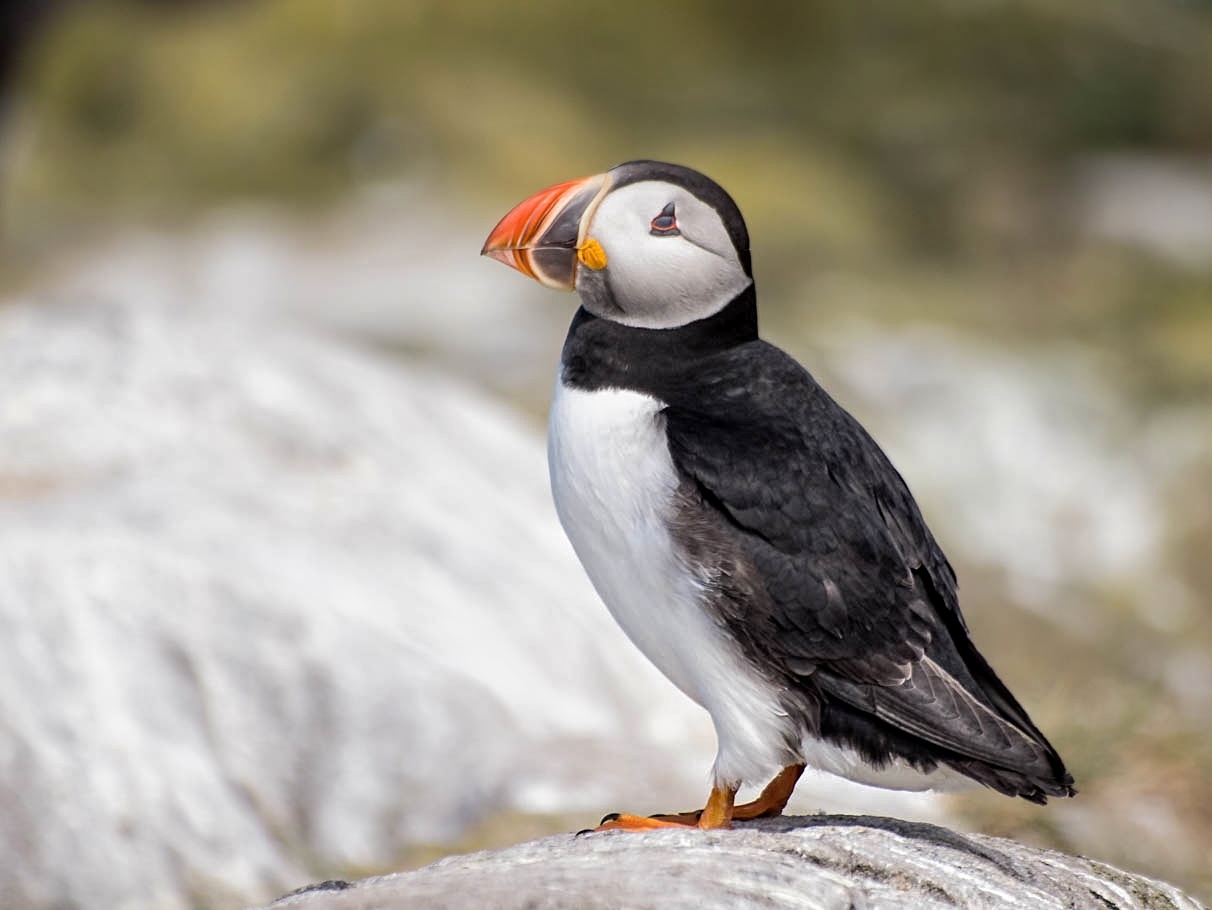 Wedding photography has not always been well respected either, as shown in the following observation from Wedding Photography Unveiled by Jacqueline Tobin:

Wedding Photographers were considered the bottom-feeders of the industry.

Not many would have that opinion now, and wedding photography is a genre that is respected by most as being one of the most challenging.

Of course, marketing by the camera manufacturers also impacts our opinions. Take, for example, the use of the term “full-frame.” Originally, it was used by cinematographers to describe the gate size of 35mm movie cameras, a size pioneered by Thomas Edison and William Dickson in 1892. Canon adopted this term to promote its 35mm digital sensor cameras. There is a degree of snobbery with some full-frame photographers looking down their noses at smaller formats. However, 1948’s How to make Good Pictures – The Kodak Manual for Amateur Photographers says this:

So-called ‘miniature’ cameras are generally defined as cameras giving negatives 2¼ x 2¼ or smaller… another popular miniature is the 35mm camera.

When digital photography was in its infancy, no self-respecting photographer would have attempted to submit digital images to their publishers. But that had started to happen by 2002, and by 2003, the sale of digital cameras was on a par with that of film. By 2020, Nikon had killed off the F6, their last film camera, two years after Canon discontinued the EOS-1V. Ironically, there started a resurgence in interest in film photography around the same time. Consequently, sales of second-hand film SLR cameras are now booming.

It doesn’t seem that long ago when mobile phone cameras were considered laughable by “serious” photographers — whatever they are — but by 2013, their impact was widely blamed on the halving of the interchangeable lens camera (ILC) market, which has continued to plummet ever since. The drop was from around 31 million units sold in 2012 to 5.2 million in 2020. The sales of fixed lens cameras, mostly compact and bridge models, were almost wiped out over the same period.

Seeing such significant changes in the past, one can only assume that the future will also bring changes within the world of photography, too. Of course, nobody can accurately foresee what the future may bring, but here are five predictions for the future.

Prediction One: Micro Four Thirds Will Grow and Thrive

As I have mentioned before, I think the drop in ILC cameras isn’t just down to mobile phones. I believe it is also due to the greedy approach of the major manufacturers and their swamping of the market with constant minor upgrades. Consumers realized that what they had was good enough and didn’t need to upgrade. Why spend money updating equipment when the differences are negligible and what you have does the job? Nevertheless, that trend was recently bucked by OM Digital Solutions (OMDS), the newcomer to the world of photography that had an ancient heritage: Olympus.OMDS introduced two top-end products that were a huge success. Both were massive steps forward from what had come previously.

First came the M.Zuiko Digital ED 150-400mm f/4.5 TC1.25X IS PRO Lens. Despite it being the most expensive lens released under the Olympus name and its launch happening during the height of the COVID-19 pandemic when cash for many was short, the demand for this lens took the company by surprise. They could not keep up with production to meet all the orders. Olympus lenses have always been well respected, but the performance of this one exceeded anything that had come before.

Despite costing $7,499, far more than other lenses for the OM System, it’s nearly a stop faster and costs $5,500 less than the Canon EF 800mm, which has the equivalent field of view when the Micro Four Thirds crop factor is considered. The OM System lens also weighs less than half the weight of the Canon, has an additional aperture blade, can focus 4.6 times closer, and has a built-in 1.25x teleconverter.

Then, they released the OM-1 camera. This time, the preorders outstripped the number manufactured by two months. Why? This camera was a massive leap forward technologically from its predecessors, and many of the features were unavailable on other systems. Furthermore, outstanding image quality became available in this smaller, lighter package. Photographers also saw through the myth of megapixels, and the definition offered by the OM-1 was more than enough for most photographers.

The lower cost of the system, its size and lightness, and the advanced features like the superior in-body image stabilization and computational modes for many photographers far outweighed any other differences. Untethered from the requirement to only develop products that would benefit the medical division of Olympus, we can be assured that they will keep innovating, and the refreshing new approach of OMDS will shake up the market.

Prediction Two: An Increase in Acceptance of Lifestyle Documentary Photography

Despite the shrinkage in the camera market, the number of photographs shot year-on-year is increasing; 1.4 trillion was the last figure I saw quoted. Around 90% of these were taken with smartphone cameras. What started as a genre dominated by vanity and narcissism has evolved into young people recording their lives and the world around them in a documentary style. Much of this is still shot using mobile phones, but there is a movement toward stylish cameras with small, interchangeable lenses.

Many of my most popular articles relate to art and aesthetics, and there is clearly a growing interest in learning about how photography sits alongside other forms of art, even in areas where one might not expect there to be a link.

Evermore, art schools and universities worldwide offer photography-based degrees, many of which are in fine art photography. The graduates are starting to enter society and influence the art world, and equally, the art world will increasingly influence photography.

Just as GPS, Wireless, and Bluetooth have been built into cameras, and cameras have been built into phones, it’s only a matter of time before ILCs start to have mobile data connections so that images can be uploaded directly to the cloud without having the inconvenience of connecting to a smartphone first.

As the processing power and memory within the cameras becomes more powerful and technology continues to shrink in size, one can also envisage all the apps we see on our smartphones being hosted on our cameras. Isaac Asimov predicted humans would become more robot-like and robots became more like humans, they would eventually meet in the middle, so maybe, we will see a similar evolution where phones and cameras evolve towards each other. 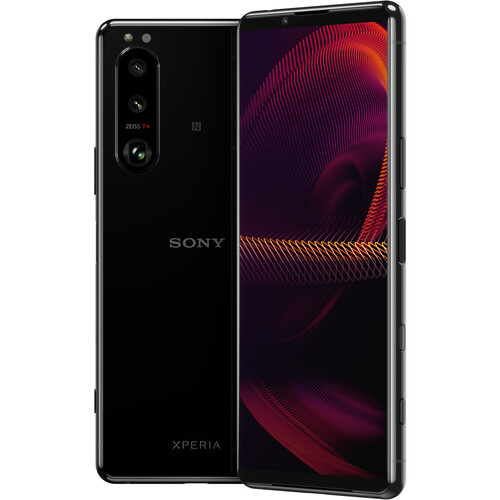 As belts are tightened because of rising fuel and food costs, photographers will want to make savings. Lightroom and Photoshop have ruled the roost for years. However, other products on the market offer as good, if not better, results and cost less. Capture One, On1, and DxO offer superior results and cost a lot less than a long-term subscription to the Adobe Photographer’s Plan. They are, overall, a lot easier to use too.

Do you agree with me? I’m not sure I agree with myself, as historically, many of my predictions have been wrong, although I didn’t invest in Betamax nor buy a Zune. What predictions do you have for the future of photography?

Art photography
We use cookies on our website to give you the most relevant experience by remembering your preferences and repeat visits. By clicking “Accept All”, you consent to the use of ALL the cookies. However, you may visit "Cookie Settings" to provide a controlled consent.
Cookie SettingsAccept All
Manage consent